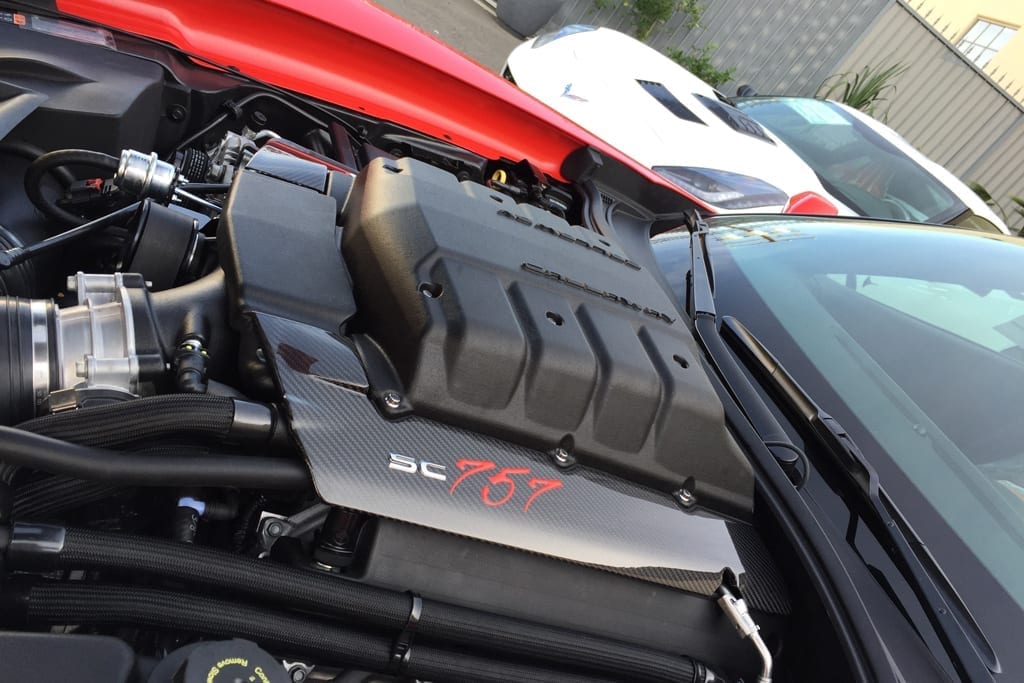 “Powerfully Engineered Automobiles” is more than just a slogan at Callaway Cars. The words summarize our product philosophy. Callaway’s approach to increased power is well thought-through, and well executed. Years of refining full power development and satisfying day to day drivability with genuine reliability give them the trademark: “. . . Best specialist engineers in the business.”

Callaway cars and trucks are powered by supercharged variants of Chevrolet’s 5.3L, 6.0L and 6.2L engines. At these power levels, the engines are breathtaking and bulletproof. Precise engine management developed and validated by Callaway, utilizes the original equipment sensors, actuators and control modules. Restrictions to airflow are eliminated with high-flow air intake systems and Callaway exhaust systems. Callaway sweats the details of every engine compartment including VIN-specific underhood badges that authenticate Callaway as the Genuine Article.

Callaway Cars enjoys an extensive history of manufacturing systems and components for high performance turbocharged and supercharged applications. From the first BMW turbocharger systems developed by Reeves Callaway in the mid-1970′s, to the 1985-1986 GTV-6 turbo systems that Callaway built for Alfa Romeo, to the RPO B2K 1987-1991 Callaway Twin Turbo Corvettes developed and built for Chevrolet, to the 5,500 turbocharger systems designed and manufactured for Mazda for their 2003-2003.5 MazdaSpeed Protegé, Callaway engineers have established a formidable technological base, unmatched by anyone in the aftermarket. 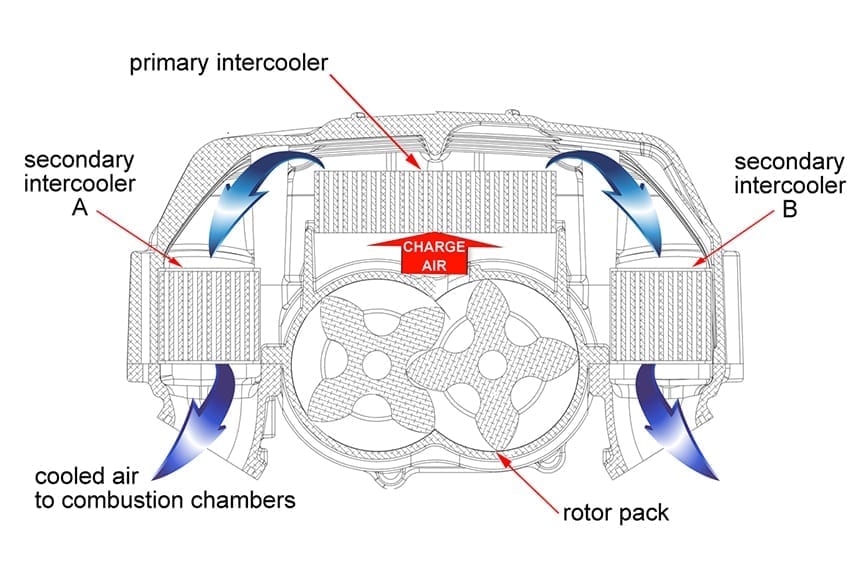 Callaway engineers designed the GenThree supercharger housing and integrated intake manifold to reduce charge air temperature and to increase airflow quality for more power, and more consistent power. In the previous Callaway Corvette supercharger design, charge air exiting the supercharger was directed through a single liquid-air intercooler and then downward into a log-style manifold, with virtually no manifold runners leading to the cylinder head ports. While this configuration performed remarkably well, there was room for improvement.

For GenThree, Callaway engineers rotated the supercharger rotor pack assembly 180° to direct charge air up, toward the top of the housing, through a primary intercooler and then around the sides of the housing. This intercooler conducts heat from the charge air to the intercooler coolant. The coolant is circulated through a heat exchanger in front of the radiator, where the heat is radiated into the atmosphere. The cooled air exiting the intercooler then flows through the upper section of the supercharger housing. Since the housing extends through the Corvette hood and is exposed to ambient temperature, convective heat transfer removes additional heat from the charge air as it passes over the internal surface. Finally, just before reaching the cylinder heads, the inlet air passes through a set of auxiliary intercoolers – one for each bank – and still more heat is removed. This three element, TripleCooled™ design allowed the engineers to utilize very low restriction intercoolers, minimizing charge air pressure reduction. The engineers’ theory was proven beyond any doubt. During dynamometer testing, inlet air temperature increased by less than 10°F during dyno pulls, compared to increases of at least 35°F with other supercharger systems. Eliminating the “heat soak” phenomenon inherent with supercharging, GenThree provides more consistent lap-to-lap performance at the track and run-to-run performance at the dragstrip, as well as eliminating power loss during extended towing or hauling.

Eaton’s 2300cc TVS rotor pack was selected for its high thermal efficiency, OEM-certified quality, and service-proven reliability. Since it doesn’t have to fit under a stock hood, the rotor pack’s displacement is 32% larger than the stock Z06’s 1740cc supercharger. In addition, to prevent drive belt slippage, a new 10-rib pulley system has been incorporated and the earlier design’s jackshaft has been eliminated. New carbon fiber manifold engine covers with horsepower designation further distinguish GenThree-equipped Callaways.