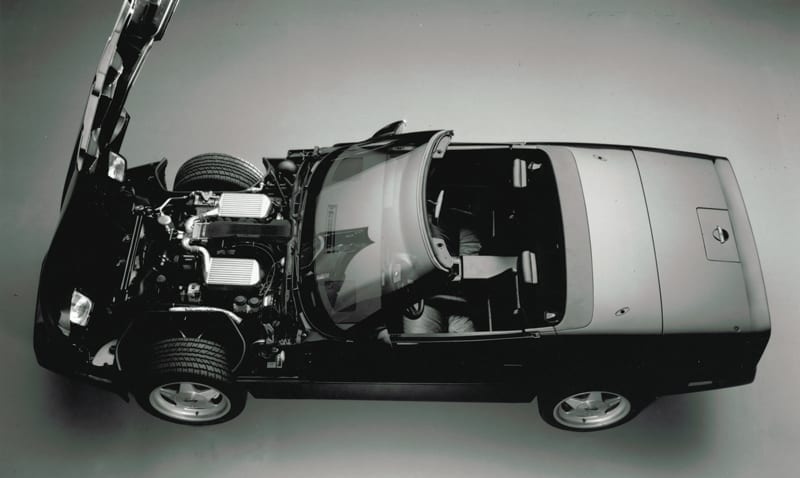 Chevrolet, in the course of its normal testing of competitors’ cars, was surprised by the reliable performance Callaway achieved with their Twin Turbo version of the Alfa Romeo V6 engine and approached Callaway about undertaking a similar program for the Corvette. The contact eventually resulted in production of the legendary Callaway Twin Turbo Corvettes. The Callaway Corvette became a Regular Production Option (RPO B2K), the only time in Chevrolet’s history a specialist manufacturer was entrusted with a technically advanced high performance RPO. Over 500 B2K’s were manufactured between 1987 and 1991.

A derivative of the Callaway Twin Turbo Corvette, Project Sledgehammer, recorded an official speed of 254.76 mph at Ohio’s Transportation Research Center in October, 1989. The car was driven to Ohio and returned to Connecticut on public roads making it the fastest street drivable car in the world.